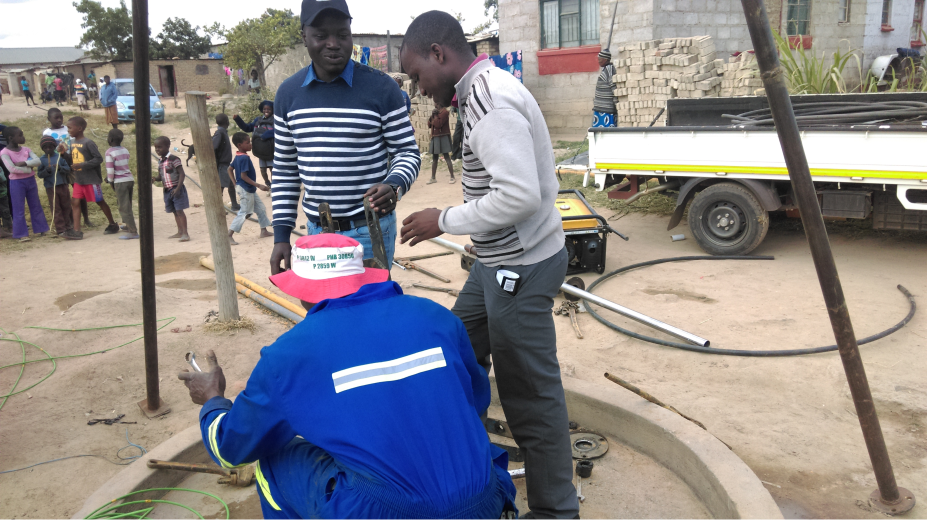 There are ongoing researches to assess groundwater in the subcatchment. Groundwater potential was assessed in the UMSCC using GIS and remote sensing based multi-criteria techniques (Adopted from an MSc thesis at University of Zimbabwe by Misi Alfred, 2016). 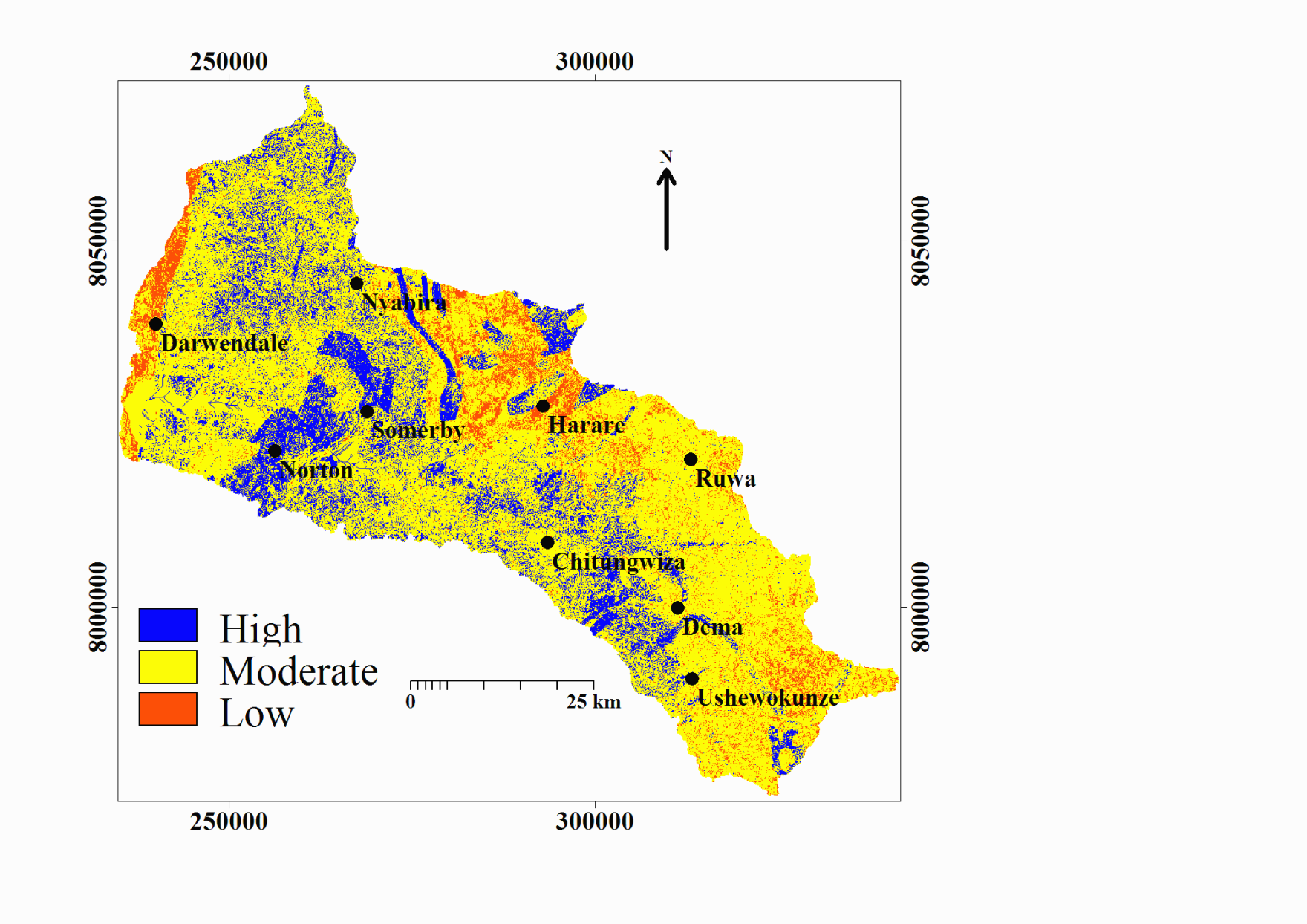 The areal extent of high groundwater potential zones was found to be 19% (719 km2) of the total area. Moderate and low groundwater potential zones accounted for 72% (2726 km2) and 9% (341 km2), respectively. This indicates that the groundwater prospect for the Upper Manyame sub-catchment is dominantly moderate. The upper parts of the sub-catchment, specifically areas around Ruwa, the south eastern parts of Dema and areas around Ushewokunze communal land show moderate potential. These areas fall within the granitic formation which Martinelli and Hubert (1985) found to be of moderate to low yields (50-100 m3/day). Hydrogeological assessment of the sub-catchment indicated that the area is underlain by massive granite which is characterized by poor and highly variable groundwater development potential for boreholes (Broderick 2012). Results from a hydro-census in the study area showed high success rates in groundwater development in the Bulawayan and Dolerites/Gabbros (UMSCC, 2014). This is consistent with the high groundwater potential zones in the same units e.g. areas around Ruwa and parts of Norton. Table below summarizes the results of the GWP mapping, mainly the proportional yield for each potential class and the areal coverage.

Upper Manyame Sub Catchment Council (UMSCC) is a statutory water management body in Zimbabwe established by an Act of Parliament; Water Act of 1998 (Chapter 20:24) under the auspices of the Ministry of Lands, Agriculture, Water, Climate and Rural Resettlement

We accept the following payment: